An assembly order is used to build a bundle.  You can either do an instant assembly, which deducts the components and puts the bundle into inventory automatically, or you can create an Assembly Order, which will be received into inventory later, once it has been built.  Assembly Orders can be used for processes on the production floor, or for outside contractors that assemble your bundle.

In order to move inventory quantities from the components to the finished Bundle, you need to create an Assembly Order.

To create an assembly order,  select the bundle you want to build by placing a check mark in the box to the left of the bundle.

Enter the quantity you want to assemble and click “Build”.

If you want to create an instant assembly, which deducts the components and puts the bundle into inventory automatically, place a check mark in the box and add any special instructions.  Click Ok to finish. 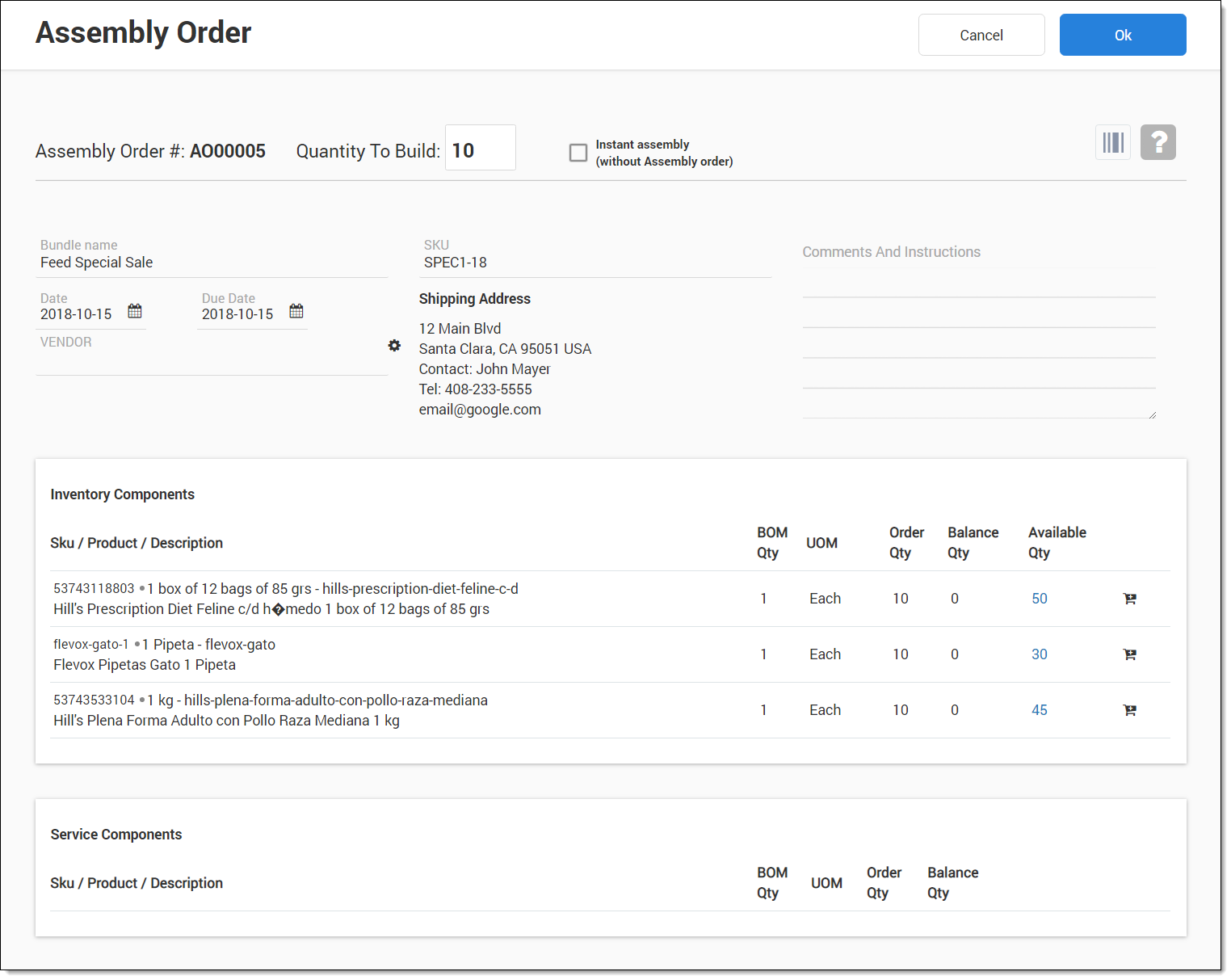